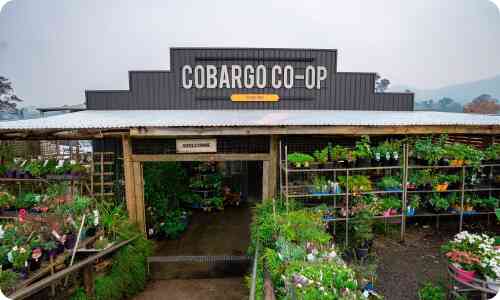 You might remember at the beginning of the year, Australia suffered terrible prolonged Bushfires across its East Coast which destroyed homes, communities and tragically, the loss of lives and significant wildlife and habitat. At a cost of approximately $103 billion Australian Dollars, this was one of the worst environmental disasters in Australian history. As a Co-operative, our colleagues, customers and members responded by raising over £11,500 to help rebuild those communities affected.

Our valuable donation (that included in-store fundraising) formed part of the wider amount donated ($174,239) helping to support Australian co-operatives and their local communities impacted by the fires to recover and rebuild. As we approach almost one year on from the disaster, over 80% of the donations have now been distributed through small grants awarded to more than 20 organisations.

From the Bermagui Lions Club, who is a local community-owned hardware co-op, which supplied essential emergency supplies for fire victims, to the Candelo Bulk Wholefoods Co-op, who is a longstanding not-for-profit workers’ co-op in the small town of Bega.

Co-operatives abide by the principle of concern for their community. As your concern during unprecedented bushfires that burned 17 million hectares (the size of England is 13 million hectares) across the country and claimed the lives of 33 people, killed 1 billion animals, and destroyed over 3000 houses. And the fires took a great emotional toll on Australians as well watching our landscape destroyed as we lived through a holiday season under the constant threat of fire, and the relentless smoke. The generosity of the international community of co-operatives was heartening. Concern for community is another core co-operative principle. Through your concerns for Australia you demonstrated that co-operatives are an international community.”

A big thank you to all the Midcounties Colleagues, Members & customers who donated towards the cause which will help to continue the rebuilding process across the East Coast of Australia.

Have a look at some of the great examples below of what your donations helped towards as part of our #ValuesinAction working alongside our fellow and international Co-operatives. In total, the region was significantly impacted by the bushfire emergency with close to 500 homes lost.

Bermagui Lions Club has continued to support its members through the twin hardships of bushfires and COVID-19. This group will be using funds donated through this campaign to install AEDs (Automatic External Defibrillators) in local villages and districts so that they can be available for public access 24/7. The grant was also put towards a recovery fund set up by the local community-owned hardware co-op, which supplied essential emergency supplies for fire victims. 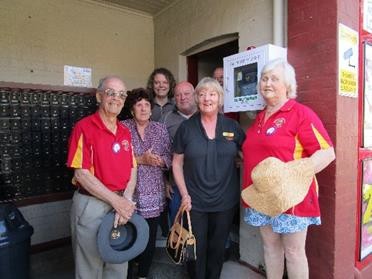 The villages of the Conjola area in NSW were hit badly by the 2019 New Year’s Eve bushfires with three lives lost, 120 homes totally destroyed, another 30 deemed uninhabitable and many more sustaining damage. For eight days the area had no power. Being completely cut off from outside help, remaining residents realised they needed to organise themselves, forming the Conjola Recovery Team. For the first eight weeks the volunteer centre opened every day, long hours, for people to drop, providing a shoulder to cry on, as basic goods, help with finding temporary housing and access to all available government support services. As the months passed, the team continued to support the local area, both with fundraising and through working on plans for new infrastructure to build resilience, connectedness and ensure the Conjola community environment will be enhanced following this disaster. 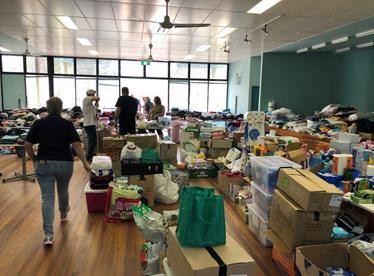 Lithgow and District Community Nursery had a lucky escape from the fires. The 25-year-old community organisation was saved only through the efforts of the local bushfire brigade. The grant received from AMF has enabled the Nursery to raise plants to be given away to fire-affected local property owners, particularly those in the Clarence/Dargan area.

“The Lithgow Community Nursery is so thrilled and grateful to be the recipient of a $2,000 grant from Australian Mutuals Foundation,” said Secretary Trudy Magus from the volunteer Management Committee. “Our aim is not only to assist in the revegetation of devastated areas, but to bring a small, green glimmer of hope to those residents as they rebuild their gardens and properties or neighbouring bushland that were affected by fire in that awful summer of 2019-2020. Donors can be proud to know that they will be putting 400 plants back into the Lithgow district.” 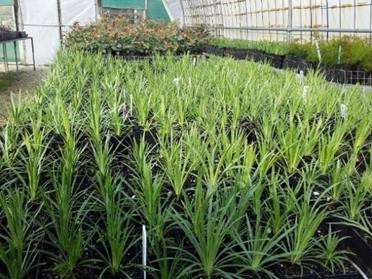 Australian Ecosystems Foundation is a non-profit environmental organisation dedicated to by protecting habitats and maintaining natural ecological processes. The land at Creek Sanctuary was heavily impacted by the bushfires, destroying low canopy vegetation, a primary food source for endangered species. The funding received will go towards repairing fences and enclosures as well as working on the revegetation of local Indigenous plants within the Sanctuary and on other local properties. The grant will also be used for staff wages to organise and carry out sanctuary tours and educational resources, bringing in community involvement and volunteer opportunities. 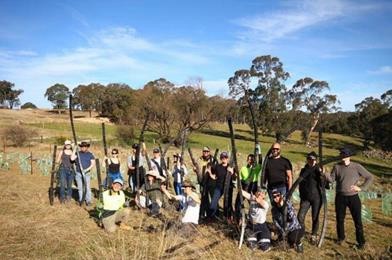 TAFCO Rural Supplies is a farmer-based co-operative in Myrtleford North, East Victoria with 600 active members. The Co-operative operates a rural merchandise store, an accredited farmers’ market, co- ordinates farmer training, workshops and field days and manages a series of online weather monitors. The area has been particularly impacted by bushfire smoke, with the region’s wine grape growers been severely impacted through the loss of the 2020 crop due to smoke taint.

The grant received will be used to provide market producers reduced site fees, as well as invest in projects such as financial and mental health support for farmers. TAFCO is also working to promote the local region’s produce, connecting consumers with producers. “TAFCO is grateful for the support received from the international co-op movement that will directly assist local farmer producers and their families affected by the January 2020 Bushfires,” said Allan McGuffie, TAFCO Chairman. “Connecting and supporting our community following natural disasters is something we pride our co-operative in being able to do with the assistance of partners and grants such as this.” 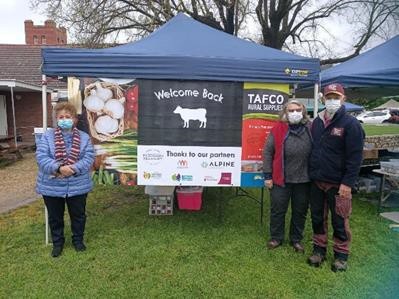 Candelo Bulk Wholefoods Co-op is a longstanding not-for-profit workers’ co-op in the small town of Bega. The region was significantly impacted by the bushfire emergency with close to 500 homes lost.

The Co-op is using the grant received to keep the business viable and able to continue to provide wholefoods at affordable prices for its community, as well as for an essential cold storage upgrade.

“On behalf of Candelo Bulk Wholefoods Co-op, I want to extend our deepest thanks to the many co-operatives and mutuals worldwide that enabled the recent grants for bushfire-affected co-ops,” said Co-op member Genevive Derwent. “This act of communal care and solidarity has made a significant difference for the wellbeing of our Co-op.” 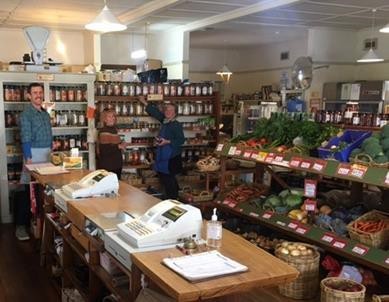 The town of Cobargo is located within the Bega Valley Shire on the south coast of NSW. The Badja Forest Road Fire tore through the region on New Year’s Eve 2019, taking with it over 400 buildings, nine shops on the main street and several lives. The recovery has been a huge process with some residents still living in tents and temporary accommodation. The Cobargo Co-op has been an integral part of the recover effort, providing much-needed supplies to locals from the time of the fires. The Co-op has set up a free tool library to help residents rebuild, with funds received from this grant going towards converting an old oil shed into an all-weather office and training facility. “The Tool library is aiming to provide training courses for members in the use of tools and also rebuilding skills,” said Dan Williamson, manager of the Cobargo Co-op. He extended his thanks to all donors for “thinking of the Cobargo Co-op and our wonderfully strong, yet fragile community.” 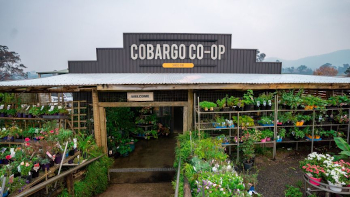