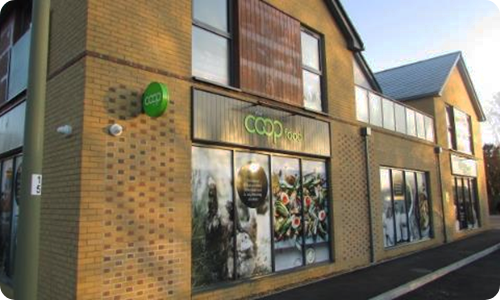 Following reports that the government is considering a suspension of the current laws, which prevent stores over 280m2 opening longer than six hours on a Sunday, Co-op Midcounties Chief Executive Phil Ponsonby has written to Business Secretary Alok Sharma to warn that suspending the laws would have a disproportionately damaging impact on more remote and deprived communities across the UK.

Co-op Midcounties operates over 230 food stores across several counties, employing over 4,500 colleagues. The Society operates both large stores, which are subject to existing Sunday trading laws, and smaller convenience stores, which are not. As a member-owned co-operative operating food stores of differing sizes and in many different locations, it is well-positioned to give a balanced and reasonable view on this issue.

Co-op Midcounties is committed to supporting the communities in which it trades. This includes operating a number of stores in areas with significant levels of economic deprivation or in rural locations where other food retailers may not wish to trade. The Society already operates many of these sites on a marginal viability basis and has chosen to do so over many years because of the vital services they provide to local communities.

During the coronavirus pandemic this has been shown to be especially important as local stores in particular have gone above and beyond to meet the needs of their community. As an example, Co-op Midcounties launched a home-delivery service from scratch with local volunteers and local mutual-aid groups, which has currently made over 45,000 deliveries to the most vulnerable people in close proximity to stores.

The Society has warned that if the current Sunday Trading laws are suspended many local community stores across the country would no longer be economically viable and may be driven out of business – depriving these communities of essential services.

A recent survey by Populus has also shown that the Sunday Trading laws are supported by the public, with 58% supporting the current laws and just 21% wanting change – including those who want to see further restrictions on opening.

Co-op Midcounties Chief Executive Phil Ponsonby said: “We understand the government’s desire to consider measures to stimulate the economy as we look to recover from the coronavirus pandemic, but it’s essential that the impact of these measures is properly considered.

“In our view, a suspension of the current Sunday Trading laws would not result in increased consumer spending, but would be likely to reduce spending over time if community stores are forced to close.

“The current arrangement of six hours opening on a Sunday is popular, striking a balance between the needs of shopworkers, consumers, high streets and all types of business.

“But most importantly, the proposal to suspend Sunday Trading laws could lead to some local community stores in the most disadvantaged and remote areas of the UK being forced to close. This would deprive these communities of access to essential services, leading to further increases in deprivation and isolation. At a time when these stores have been working tirelessly to meet the needs of their local communities, it is unfortunate and saddening to see the government considering measures which would only favour the big multiple operators, and it’s essential that calls for any change to the current system are resisted.”